The old High School used to be where the Elementary School Building is now located.  A picture of the school in 1909 is below: 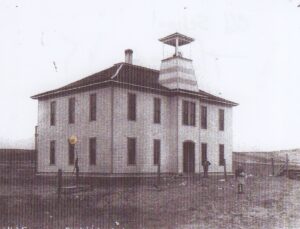 The current high school building says 1951 on the cornerstone.   There were plans for an addition in 1954 (looks like it was the English, and music rooms); there were additions made in 1964 including a gym and east side addition.  Shop and garage plans were added in 1984.

The class of 1957 started the alumni reunions when they were Juniors with a lot of help from their parents. Most of the records had been lost and many hours were spent resurrecting them and finding addresses of graduates and previous teachers.

The class made the first reunion a money-making project. They hired a big band (Blue Barron) out of Omaha to play for a dance which was held in the Lynch Theater after the banquet. The class made enough money to pay the band and had money left over.

When they were seniors, they used part of the left over money to hire a bus out of Grand Island and spent a week in and around Denver, Colorado. After paying for the hotel, meals and entrance to many events, the class divided up the remainder of the money and headed home.

Unfortunately, the bus broke down in Lyman, Colorado on the way back to Thedford. The class had to pool their money to make one phone call home to one of the student’s parents to let them know what had happened and when they would be arriving. The Superintendent, Alvin Story, was notified and, although the class did not arrive back in Thedford until the wee hours of the morning, they still had to report to the school to Superintendent Story. 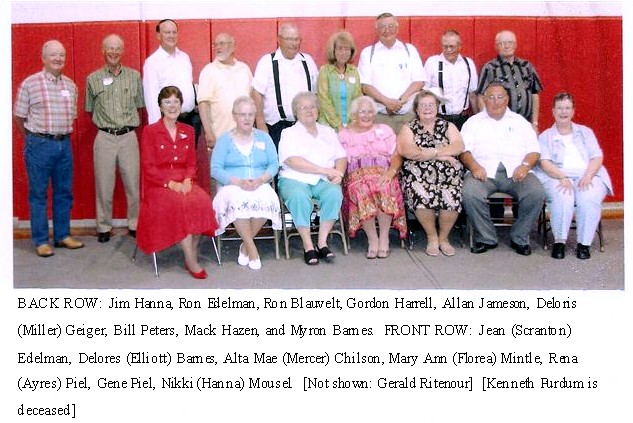 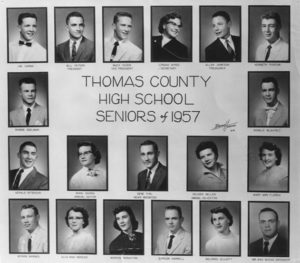 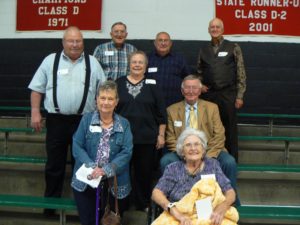